Plant-based meats are becoming increasingly diverse and popular, and sales have risen a whopping 26 percent in the last year alone. With the average cost estimated to be about $9 per pound, these meat alternatives don’t come cheap, but according to a new report, things are about to change: “It’s all but inevitable that the plant-based meat industry will eventually be cost-competitive with conventional meat. In fact, this tipping point may hit relatively soon given the recent flurry of activity…,” reports Good Food Institute Senior Scientist Liz Specht.

What Is Plant-Based Meat?

As the name suggests, plant-based meat is made from plants. It is designed to look like, taste like, and cook like conventional meat. It comes in many forms, including burgers, nuggets, meatballs, hot dogs, bacon, sausages, ground beef and turkey (or ‘tofurky’). Ingredients vary, however most are formulated with either soy, pea, wheat, potato or rice protein. The magic ingredient that really sets it apart from traditional meat alternatives and gives it its umami, bloody taste is a naturally-occurring, iron-containing molecule called heme.

A major selling point for many health-conscious buyers is the fact that plant-based meat products contain equivalent amounts of protein as their animal counterparts. However, the whole idea that you need to be wary of meeting your protein requirements on a plant-based diet is a myth. So long as you are eating a well-balanced diet with a variety of plant foods that includes beans, legumes, wholegrains, nuts and seeds, your protein needs will be surpassed.

Why Plant-Based Meats Are Currently So Expensive

According to Liz Specht the reason plant-based meats are currently so expensive is because the companies are relatively new and they are charging as much as possible in order to gain profits they can funnel into expanding production capacity to meet the surging demand. These companies also use ingredients that come from a bigger supply chain grown for other users, which doesn’t give them much buying power.

However, a number of new investments have been made from companies with massive resources and once plant-based companies become large enough, this will flip. Plant-based meat companies will then hit the top of the chain and that will give them substantially more buying power. As the demand grows, they will also build larger scale production facilities, which will further increase efficiency and reduce production costs, says Specht.

“Industrial animal agriculture has been operating and optimizing at a global scale for decades. Yet it is still inherently more efficient to make meat directly from plants rather than feeding our crops to animals and then eating a part of the animal,” Specht said in her report. “Once plant-based meat achieves sufficient market penetration to tap into these emerging opportunities to optimize raw materials and make production more efficient, the industry will enter a bright new era of accessibility and affordability that will benefit both consumers and producers.”

The Drawbacks of Plant-based Meats

Before you rejoice on the projected cost cuts, it’s important to note that choosing one of these alternatives over meat is a far cry from eating a plate full of greens. In contrast to traditional meat alternatives like veggie burgers which were made with a base of beans, legumes, nuts, seeds, whole grains, and vegetables, most plant-based meats are created from processed soy and very few contain whole plant-foods in their original form. The ingredients are drastically modified, highly processed and engineered in labs and we don’t have any long term research confirming the safety or potential health effects of these artificial ingredients. Equally worrisome is the fact that non-organic brands often use chemically exposed, genetically modified ingredients.

“It’s important to understand that these alternatives are not a whole foods alternative,” says Maya Feller MS, RD, CDN, in TODAY Food. “They are a shelf stable alternative that has been engineered to have a similar mouthfeel and texture as meat.”

And if you think these meats are going to help you lose weight or manage your diabetes or blood pressure, think again. Most plant-based meats contain just as many calories as regular meat and a lot more sodium. They also tend to be loaded with oils in order to make them taste more like meat and ‘sizzle’ when cooked. In fact, just one plant-based burger from a popular company I will not name, contains 8 grams of heart disease causing saturated fats. That’s more than double the saturated fat found in a Big Mac at McDonalds!

Plant-based meats aren’t all bad. They are free from cholesterol and most contain some fiber – making them more heart healthy than their meat counterparts. Many also contain added vitamins and minerals such as zinc and B12. Plus, the manufacturing process is less damaging to the environment and more sustainable. And last but not least, no animals are harmed in their production.

A vegan diet allows for unlimited plant-based meats and all kinds of other highly processed plant-foods. Although better for the environment and the animals, it can be every bit as unhealthy as a carnivorous diet. If you cherish your health and want to live a long, disease-free life, the absolute best diet is a wholefoods, plant-based diet. The majority of your food intake should be unprocessed foods in their whole form, and plant-based meats do not fit into this category. Having said that, the occasional indulgence isn’t likely to cause much harm so long as your diet is primarily comprised of whole foods, and you aren’t allergic to soy or other plant proteins that they contain.

If you struggle with eating healthy, get a copy of my hypnosis audio track – Eat Natural Foods and listen to it daily. It will reprogram your subconscious mind and replace the desire for unhealthy junk food, with the desire to eat whole, natural plant-foods. Your subconscious mind is responsible for 98% of your thought processes and behaviors, and getting it on board will eliminate the need to rely on willpower (which almost always fails in the long run). I’m currently offering this hypnosis track for a ridiculously low $0.99. I promise it will be the best dollar you’ll ever spend on yourself.

You may also want to  get a copy of the ebook – Simply Healthy. It contains plant-based, oil-free, gluten-free, soy-free recipes that will catapult your health and energy levels. And the recipes are compiled from different cuisines around the world, so your tastebuds will never get bored! If you prefer to keep a copy in your kitchen or gift one to a friend, you can get a hardcopy copy here. 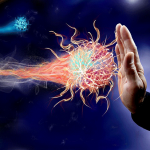 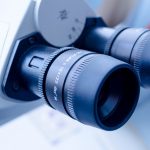 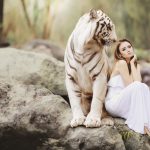